John helped make our dreams come true! My husband had used him for a couple homes prior to our marriage, but having never met John, I wasn’t 100% sold on going with him until I asked around. I had an amazing agent in the Sacramento area, but wanted someone who was specialized in Folsom real estate. As I talked with more and more people, John’s name repeatedly came up in conversations raving about his work (“Oh, you have to go with John.” “John really knows his stuff.” “John made an impossible deal happen.”). Well, sure enough, they were right.

We weren’t actively looking for a home, but saw one that peaked our interest enough to want to jump into the market. While John didn’t have to do any of the legwork in sending us matches and driving us around touring homes, he definitely earned his money throughout the negotiations and contract process. And it was money well spent when we consider the long-term cost of some potential mistakes.

We never felt pressured by John, instead he was more like a consultant. His knowledge of how specific property values vary between Folsom neighborhoods was crucial in making a fair market value offer that was below the sellers asking price. After our initial negotiations fell through, we’d given up on the house; however unbeknownst to us, John was working hard behind the scenes on reviving that deal. And it worked! John then helped us navigate lengthily contract negotiations with a seller’s agent who appeared less than honest (note: this was our impression, John never spoke an unprofessional word).

We appreciated John’s style of keeping us updated on the big things as well as checking-in when time had past and there were no significant updates to report. John was alert to certain language used in the contract that favored the seller and seemed to always be looking out for our best interests. When we discovered that the seller had attempted to conceal a known history of water damage and that the seller’s agent was aware of this damage and also failed to report it, John went to bat for us by protecting our interests. We were so lucky to have him on our side. His knowledge and expertise is what got us into our dream home without making costly errors not just at the time of sale, but for years to come.

"” … Your buyer was lucky to have you representing her as you are a consummate professional and remained so thoughtful through the process in the end that was the determining factor for acceptance... continued"
- LOCAL REALTOR
View All 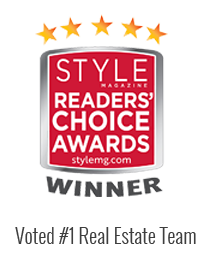 Follow Us
Congratulations to our seller on the sale of their

Last year, the housing market slowed down in respo

Whether you’re already a homeowner or you’re l

If you’re thinking about buying or selling a hom

OPEN HOUSE TODAY FROM 11am to 2pm . FABULOUS LAKE